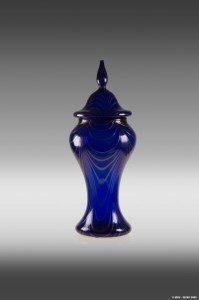 The culture of glass in Altare has very ancient roots: the first furnaces for glass manufacturing date back to the XI century, while the Statutes of the University of Glass, a corporation bringing together families who were engaged in the manufacture of glass, were issued in 1495. When the University of Glass was dissolved in 1823, the glassmakers were soon in trouble, and therefore decided to establish the Società Artistico – Vetraria, the first cooperative society in Italy.

The Società Artistico – Vetraria, founded on Christmas Eve in 1856 by the families of glassmakers living in Altare, had several production lines: mainly  glass for the home and daily life, and glass for chemical and pharmaceutical industries, as well as artistic objects made by the masters besides  theirordinary production. A  museum was set up inside the glass factory,  where the most important objects were shown, including the ones presented in various national and international exhibitions and competitions.

After the failure of the cooperative in 1978, the  museum was purchased by the Town Council of Altare and formed the first nucleus of the present museum collection.

The Museo dell’Arte Vetraria Altarese retains an exceptional heritage, essentially limited to little more than a century, and it is carrying on a very old tradition. Today the Museum  offers visitors an exhibition of glass works from 1700 to the present day, as well as tools for the craft, supported by new multimedia tools to illustrate all phases of glass making.

Since November 2016 the exhibition has been enriched by a new lighting. It is a lamp, called “levata” name of the mass of molten glass that glassmakers extracted from the oven to create objects of different shapes. 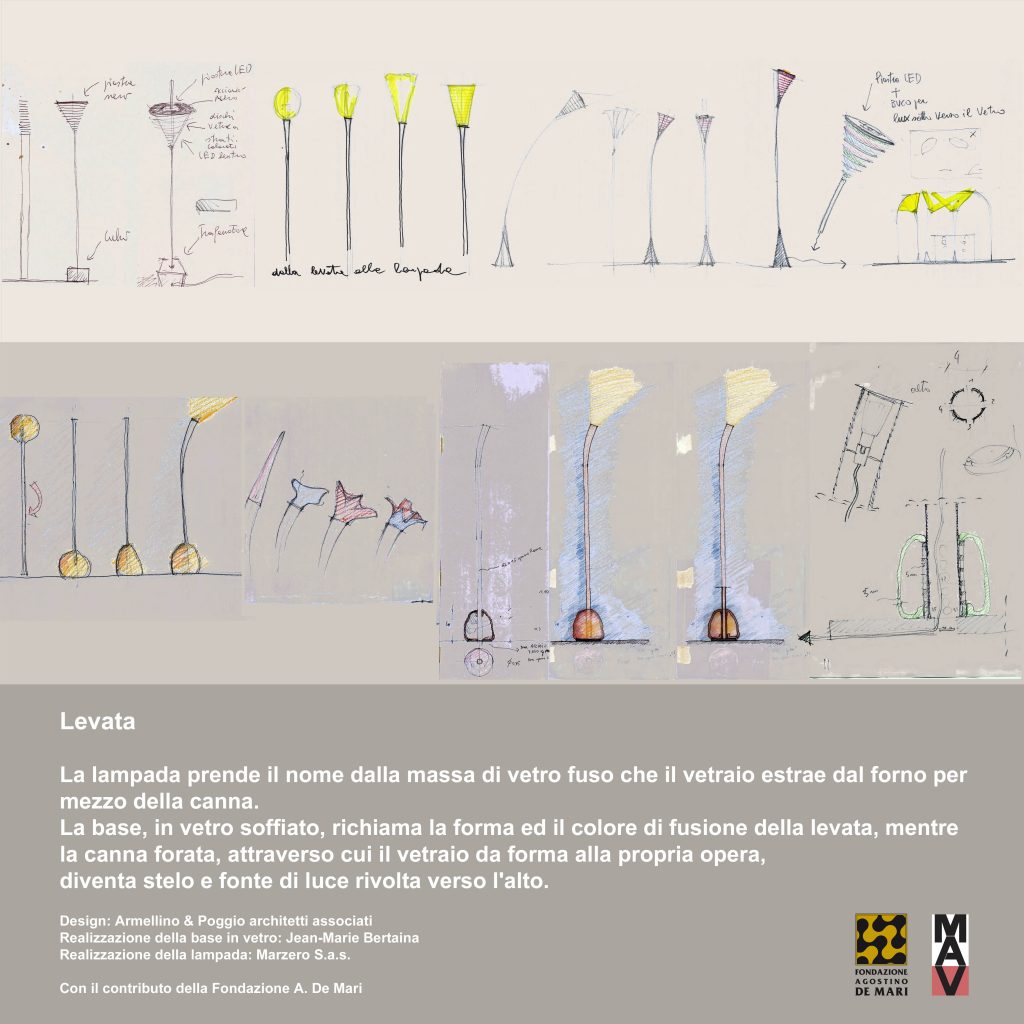 Designed by “Studio Armellino & Poggio Associated Architects”, the lamp was produced by “Marzero s.a.s.”, inserting a glass base blown by Jean-Marie Bertaina French master. The project was realized with the contribution of the Foundation A. De Mari.